I have been a fan of Pratchett for a long while now, and have read almost all of the Discworld books and some, but not all, of his collaborations with other authors. I have read very little of his ... Read full review

A collection of short fiction and “squibs” both Discworld and other. For Discworld completists only, and really for the longest short story, The Sea and Little Fishes, which concerns Mistress ... Read full review

TERRY PRATCHETT is the acclaimed creator of the global bestselling Discworld series, the first of which, The Color of Magic, was published in 1983. In all, he was the author of fifty bestselling books. His novels have been widely adapted for stage and screen and he was the winner of multiple prizes, including the Carnegie Medal, as well as being awarded a knighthood for services to literature. Worldwide sales of his books now stand at 70 million, and they have been translated into thirty-seven languages. He died in 2015. 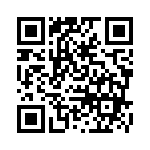