This two-fisted, dramatized biography of Frederick Douglass does a pretty good job of keeping the story flowing. The rough-hewn art really adds atmosphere even if it is lacking in authenticity (a ... Read full review

There are so many biographies and tributes to this remarkable man, but the graphic novel format, with well-selected words and mighty pictures, might be the best all-around way to tell his monumental ... Read full review

DAVID F. WALKER is an award-winning comic book writer, filmmaker, journalist, and educator. Walker is best known for his work in comics, including Shaft: A Complicated Man (Dynamite Entertainment), winner of the 2015 Glyph Award for Story of the Year, and its sequel, Shaft: Imitation of Life. His work for Marvel Comics includes Luke Cage, Occupy Avengers, Power Man and Iron Fist, Nighthawk, Fury, and Deadpool. He's also worked for DC Comics (Cyborg), Boom! (Planet of the Apes), and IDW/Monkeybrain (The Army of Dr. Moreau). He is the creator of the prose YA series The Adventures of Darius Logan, and author of the novel Shaft's Revenge, the first new novel starring the iconic black detective in more than forty years. 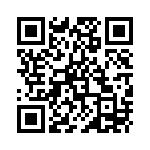