David MacFadyen is Professor in the Department of Slavic Languages and Literatures at the University of California, Los Angeles, USA. He is the author of numerous books on many aspects of Russian literature and culture, including the poetry of Joseph Brodsky, classic Soviet prose, popular song across the twentieth century, comedic cinema, and animated film. 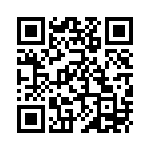