A compelling read. A bit grisly at times, but never without reason. Some interesting twists with no loose ends. It's easy to see why this series has been so successful. Read full review

I really didn't like Tempe in this one -- she seemed very I don't know maybe a snob. She was very quick to jump to stereotypes. I did find the case very interesting and I couldn't wait to get to the ... Read full review

Kathy Reichs is vice president of the American Academy of Forensic Scientists; a member of the RCMP National Police Services Advisory Council; forensic anthropologist to the province of Quebec; and a professor of forensic anthropology at the University of North Carolina at Charlotte. Her first book, Déjŕ Dead, catapulted her to fame when it became a New York Times bestseller and won the 1997 Ellis award for best first novel. She has written 15 bestselling Temperance Brennan novels, the most recent include Bones Are Forever, Flash and Bones and 206 bones. 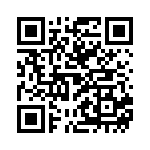