Review: Worth Dying For (Jack Reacher #15)

Definately a "guy book". This was all about a guy who kicks butt and solves mysteries. I would not have read except that I received it as gift. It was an engaging story but I doubt I will read more in the series. I handed it off to the husband to read since it is more his style. Read full review

Review: Worth Dying For (Jack Reacher #15)

Wow, wow! This was my introduction to Reacher, having never read much in the way of the suspense genre before; the only proof I can give of the efficiency of "Worth Dying For"' as a page-turner is ... Read full review

Lee Child is the author of nineteen New York Times bestselling Jack Reacher thrillers, ten of which have reached the #1 position. All have been optioned for major motion pictures; the first, Jack Reacher, was based on One Shot. Foreign rights in the Reacher series have sold in almost a hundred territories. A native of England and a former television director, Lee Child lives in New York City. 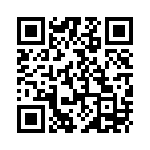