Giants: The Parallel Lives of Fredrick Douglass and Abraham Lincoln

Stauffer argues that Frederick Douglass and Abraham Lincoln led parallel lives: both were self-made and ambitious men, conscious of their origins, confident about the moral capacity of men to improve, convinced of their democratic principles, and compelling in their writing. (LJ 10/15/08) Read full review

A dual biography highlighting the remarkable similarities and the crucial differences between "the two pre-eminent self-made men in American history."The interest in linking Lincoln and Douglass has ... Read full review

John Stauffer is Professor of English and American Literature and Language at Harvard University. His first book, The Black Hearts of Men: Radical Abolitionists and the Transformation of Race (Harvard University Press, 2002), was the co-winner of the 2002 Frederick Douglass Book Prize from the Gilder Lehrman Institue; winner of the Avery Craven Book Prize from the OAH; and the Lincoln Prize runner-up. Other works include: Meteor of War: The John Brown Story (with Zoe Trodd, 2004); Frederick Douglass' My Bondage and My Freedom (editor, 2003). Visit his website at http: //johnstaufferbooks.com/. 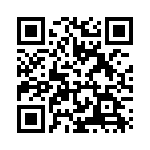