This is a really outstanding one-volume work that surveys, but not in a superficial manner, the entire history of Rome. As indicated in the subtitle, Christ comprehensively covers both the history and ... Read full review 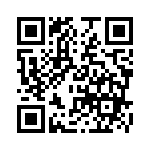