After suffering isolation and persecution during the Maoist era, the Catholic Church in China has reemerged with astonishing vitality in recent years. Richard Madsen focuses on this revival and ... Read full review 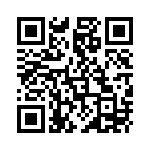