Robert C. Ritchie is Senior Research Associate at the Huntington Library and author of Captain Kidd and the War Against the Pirates. 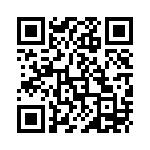