Alan Lomax, with his father John A. Lomax, created the Archive of American Folk Song at the Library of Congress and published many anthologies, including American Ballads and Folk Songs and The Folk Songs of North America. Lomax produced the first albums of American folk song in 1939 and has edited more than a hundred recordings from all parts of the world. He received the National Medal of Arts in 1986. Lawrence Gushee is Professor Emeritus at the School of Music, University of Illinois at Urbana-Champaign. 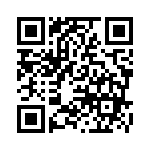