Mark Baldassare is a Senior Fellow at the Public Policy Institute of California in San Francisco where he holds the Arjay and Frances Miller Chair in Public Policy. He is author of When Government Fails: The Orange County Bankruptcy (California, 1998) and Trouble in Paradise: The Suburban Transformation in America (1986), among other books. 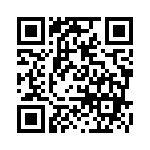