Johann Gottfried Herder (1744-1803) was a theologian, philosopher, ethnographer, and historian of the late Enlightenment, whose writings on music have been widely influential during the two centuries since his death.

Philip V. Bohlman is Ludwig Rosenberger Distinguished Service Professor of Music and the Humanities at the University of Chicago, where he is also Artistic Director of the ensemble-in-residence, The New Budapest Orpheum Society. 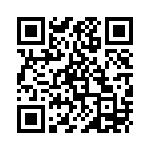