Vivian Sobchack is Professor and Associate Dean in the School of Theater, Film, and Television at the University of California, Los Angeles. She is the author of Screening Space: The American Science Fiction Film (1997) and The Address of the Eye: A Phenomenology of Film Experience (1992) and the editor of Meta-Morphing: Visual Transformation and the Culture of Quick Change (2000) and The Persistence of History: Cinema, Television, and the Modern Event (1996), among other books. 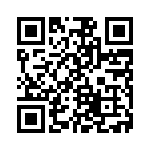