In Whitewashed Adobe: The Rise of Los Angeles and the Remaking of Its Mexican Past, William Deverell argues, “Los Angeles came of age amidst (and in part because of) specific responses to Mexican ... Read full review

William Deverell is Professor of History at the University of Southern California and Director of the Huntington-USC Institute on California and the West. He is the author of Railroad Crossing: Californians and the Railroad, 1850-1910 (California, 1994); coauthor of The West in the History of the Nation (2000) and Eden by Design: The 1930 Olmsted-Bartholomew Plan for Los Angeles (California, 2000); and coeditor of Metropolis in the Making: Los Angeles in the 1920s (2001) and California Progressivism Revisited (1994), both from California. 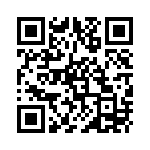