Robert Creeley (1926-2005) has published more than sixty books of poetry, prose, essays, interviews and in the United States and abroad, including If I Were Writing This, Selected Poems 1945-1990, The Collected Poems of Robert Creeley, 1945-1975, and The Island. His many honors include the Lannan Lifetime Achievement Award, the Frost Medal, the Shelley Memorial Award, and the Bollingen Prize in Poetry. He was a member of the American Academy of Arts and Letters and Distinguished Professor in the Graduate Program in Literary Arts at Brown University. 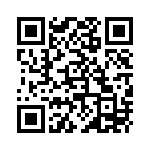