Jason De León is Professor of Anthropology and Chicana/o Studies at the University of California, Los Angeles, with his lab located in the Cotsen Institute of Archaeology. De León is Executive Director of the Undocumented Migration Project (UMP), a long-term anthropological study of clandestine migration between Latin America and the United States that uses a combination of ethnographic, visual, archaeological, and forensic approaches to understand this violent social process. His academic work has been featured in numerous media outlets, including National Public Radio, the New York Times Magazine, Al Jazeera, The Huffington Post, and Vice. In 2013, De León was named a National Geographic Emerging Explorer, and in 2017, he was the recipient of a MacArthur "Genius" Fellowship. 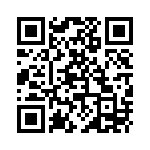