Paul Almeida is Professor and Chair of Sociology at the University of California, Merced. He is a two-time Fulbright Fellowship Recipient and received the 2015 Distinguished Scholarship Award from the Pacific Sociological Association. 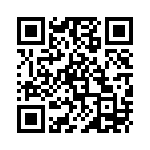