Gary A. Rosen has practiced intellectual property law for more than thirty years and is Adjunct Professor of Law at the Kline School of Law at Drexel University. He is the author of a book on popular music and copyright, Unfair to Genius: The Strange and Litigious Career of Ira B. Arnstein, and he writes a blog on law and popular culture called Jazz Age Lawyer (www.jazzagelawyer.com). 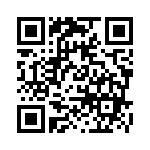