Charles Martin is a poet, translator, and essayist. The author of seven books of poems and translator of Catullus and Ovid, he is the recipient of an Academy Award in Literature from the American Academy and Institute of Arts and Letters, a Bess Hokin Award from Poetry magazine, and fellowships from the Ingram Merrill Foundation and the National Endowment for the Arts.

A. E. Stallings is an American poet and translator who lives in Athens, Greece. Her most recent books are LIKE: Poems and Hesiod's Works and Days. 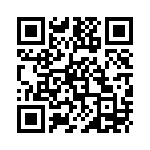