Brandon L. Garrett is the L. Neil Williams Professor of Law at Duke University School of Law, where he directs the Wilson Center for Science and Justice.  His previous books include Convicting the Innocent: Where Criminal Prosecutions Go Wrong, Too Big to Jail: How Prosecutors Compromise with Corporations, and End of Its Rope: How Killing the Death Penalty Can Revive Criminal Justice. 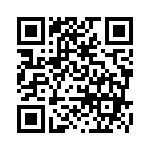