The Accidental History of the U.S. Immigration Courts: War, Fear, and the Roots of Dysfunction

West Virginia University law professor Peck debuts with an eye-opening look at how the history and structure of U.S. immigration courts contribute to present-day problems. Unlike the Supreme Court and ... Read full review

Alison Peck is Professor of Law and Codirector of the Immigration Law Clinic at West Virginia University College of Law. 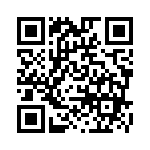