Joseph Darda is Associate Professor of English at Texas Christian University and the author of Empire of Defense: Race and the Cultural Politics of Permanent War. 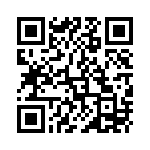