A solidly grounded, sophisticated history of illegal abortion in the US. Reagan, a historian specializing in medicine and women's studies (Univ. of Illinois), persuasively argues that, even during ... Read full review

Leslie J. Reagan is Professor of History, Law, Gender and Women's Studies, and Media Studies at the University of Illinois at Urbana-Champaign. Author of the award-winning Dangerous Pregnancies: Mothers, Disabilities, and Abortion in Modern America and public intellectual, Reagan has written for the Washington Post, Time, Ms. Magazine, and Huffington Post and has appeared on numerous national and international media outlets, including CNN, MSNBC, CBC Radio, and NPR. She is currently completing Toxic Legacies: Agent Orange in the United States and Vietnam. 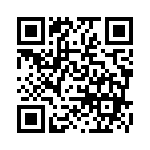