I have always been interested in "why the sky is blue". This led me to the "why" of many other optical phenomena in our skies. I have collected several books on this subject but this one is by far the best on the subject. You can supplement it with the internet's public "Earth Science Picture of the Day", but this Lynch and Livingston book is an absolute necessity for full enjoyment of your free, daily displays of color.

David Lynch is an astronomer and atmospheric physicist, specializing in infrared studies of star-formation regions, comets, supernovae and cirrus clouds. After receiving his PhD in astronomy from the University of Texas at Austin, he was a Visiting Associate in Physics at the California Institute of Technology and an Assistant Astronomer at the University of California at Berkeley. He has worked at the Hughes Research Laboratories and the Aerospace Corporation, and operates Thule Scientific, a private research institute. He has organised and chaired many meetings on atmospheric science and been Principal Investigator on a variety of NASA, NOAA, NSF and DoD programs.

Bill Livingston has been an astronomer at the Kitt Peak Observatory in southern Arizona for his entire professional life (since Jan 1959). Originally he helped design and build instruments and telescopes. Later he became a solar observer and has spent a great deal of time on Kitt Peak, a fact which accounts for many of the pictures in this book. He participated in many solar eclipse expeditions which took him to Alaska, the South Pacific, Africa, Indonesia, India, and recently Turkey. He has traveled widely in Russia and China, but he hastens to add that his best sightings of atmospheric phenomena were from his backyard in Tucson. 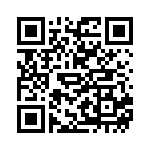