Keith Laumer was born John Keith Laumer in Syracuse, New York on June 9, 1925. Before becoming a full-time writer, he was an officer in the U.S. Air Force and a U.S. diplomat. He is best known for the Bolo stories and Retief series. His other works include The Other Side of Time, A Trace of Memory, Dinosaur Beach, and A Plague of Demons. He suffered a stroke in 1971, which negatively affected the quality of his work and his career declined. He was also a model airplane enthusiast, and published two dozen designs between 1956 and 1962 in the magazines Air Trails, Model Airplane News, Flying Models, and Aero Modeler. In 1960, he published How to Design and Build Flying Models. He died on January 23, 1993 at the age of 67. 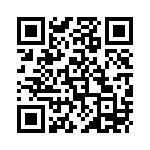