One of his best. Great characters driving the plot. Even though the plot might have been unbelievable in places, the characters made you believe. Hard to explain, but the book just made me feel good. Ruth was a wonderful, strong, likable, complex character that you had to root for! Read full review

I was not as excited about this story as the other Irving novels I have read. I like the way he traces his characters' lives over decades of time, but they weren't as fascinating this time. Read full review

John Irving published his first novel, Setting Free the Bears, in 1968. He has been nominated for a National Book Award three times - winning once, in 1980, for the novel The World According to Garp. He also received an O. Henry Award in 1981 for the short story 'Interior Space'. In 1992, he was inducted into the National Wrestling Hall of Fame in Stillwater, Oklahoma. In 2000, he won the Oscar for Best Adapted Screenplay for The Cider House Rules - a film with seven Academy Award nominations. In 2001, he was elected to the American Academy of Arts and Letters. His most recent novel is Last Night in Twisted River. 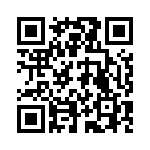