Not as good as the first two, the politics was a bit screwy. But still a wonderful trilogy Read full review

Science Fiction writer, Harry Harrison was born Henry Maxwell Dempsey on March 12, 1925 in Stamford, Connecticut. At the age of two, his family moved to New York and he grew up there. He was drafted into the U. S. Air Corps directly out of high school. After leaving the Air Corps, he attended art school. He worked as an illustrator for science fiction magazines and comic books. In addition to his success as an illustrator, he wrote short science fiction stories and novels. He is the creator of "James Bolivar 'Slippery Jim' diGriz," the main character in his 'Stainless Steel Rat' titles. Other titles include Deathworld, West of Eden, Stars and Stripes Forever, and the Bill, the Galactic Hero series. He wrote under the pseudonymns Hank Dempsey, Felix Boyd, Wade Kaempfert, Cameron Hall, Philip St. John, and Leslie Charteris. Many of his works have been translated into over 12 languages. 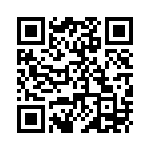