I'm at pain to ask how Ishiguro ever got a Noble prize for literature?. If the powers that be wanted to give a Japanese writer the prize , they should have looked no further than Haruki Murakami. In ... Read full review

Ono's reflections - like our own ruminations - swing from self-congratulatory to increasingly self-critical, an arc made more profound against the backdrop of war and ultimate cultural upheaval. Ishiguro walks us patiently through both the ruins and the renaissance. Read full review

Kazuo Ishiguro's eight books have won him world-wide renown and many honours, including the Nobel Prize in Literature and the Booker Prize. His work has been translated into over forty languages. The Remains of the Dayand Never Let Me Go have each sold in excess of one million copies in Faber editions alone, and both were adapted into highly acclaimed films. His most recent novel, The Buried Giant, was published in 2015, debuting at number 1 on the Sunday Times bestseller list. 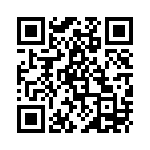