Not as good as the "previous" book. Sometimes, a story has too many twists at the end and the reader can't help but doubt their likelihood or veracity. Read full review

I don't read many books of this genre, so I'm no expert. That said, it really gripped me. It is the story about an anonymous "tell all" manuscript about a media mogul that is delivered in an unusual ... Read full review

Chris Pavone graduated from Cornell University. He spent nearly two decades working as an editor, primarily at Clarkson Potter where he worked on nonfiction titles about several topics including interior design, dogs, cocktails, and food. In the late 1990's, he wrote a book entitled The Wine Log. His first novel, The Expats, was published in 2012 and won the 2013 Edgar Award and the 2013 Anthony Award for Best First Novel. His second novel, The Accident, was published in 2014. 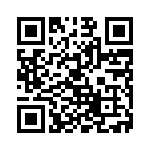