Brian W. Aldiss was born in Dereham, United Kingdom on August 18, 1925. In 1943, he joined the Royal Signals regiment, and saw action in Burma. After World War II, he worked as a bookseller at Oxford University. His first book, The Brightfount Diaries, was published in 1955. His first science fiction novel, Non-Stop (Starship in the United States), was published in 1958. He wrote more than 80 books including Hothouse, Greybeard, The Helliconia Trilogy, The Squire Quartet, Frankenstein Unbound, The Malacia Tapestry, Walcot, and Mortal Morning. His short story Super-Toys Last All Summer Long was the basis for the film A.I. Artificial Intelligence. He has received numerous awards for his work including two Hugo Awards, the Nebula Award, the John W. Campbell Memorial Award, and an OBE for services to literature. He was also an anthologist and an artist. He was the editor of 40 anthologies including Introducing SF, The Penguin Science Fiction Omnibus, Space Opera, Space Odysseys, Galactic Empires, Evil Earths, and Perilous Planets. He was an abstract artist and his first solo exhibition, The Other Hemisphere, was held in Oxford in August-September 2010. He died on August 19, 2017 at the age of 92. 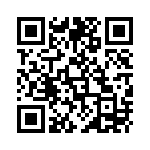