Catherine cut her journalistic teeth as a cadet in a regional newsroom, but her love of travel made keeping her itchy feet under a desk pretty challenging. After tackling a Big Lap of Australia, she landed a job as editor of Go Camping Australia magazine so that she could legitimately travel for 'work', and pretty quickly became a digital nomad, editing the magazine on the road and freelancing for some of Australia's best travel and camping magazines. She launched Australia's first outdoor Gear Guide, and after meeting David on an idyllic Thai island, moved to Tropical North Queensland to manage News Corp's Port Douglas Gazette. The author of two Australian travel books, Catherine has spent the last 25 years writing for the likes of Australian Geographic, Wild, Outdoor, Action Asia, Get Lost, WellBeing and ROAM magazine.

David began his career as a television cameraman in Western Australia, filming in the most remote corners of the state. Born in Perth, he spent his youth - camera on shoulder, surfboard in car - travelling the entire west coast until he and Catherine met in Thailand and moved to TNQ. Dave transitioned to stills photography, and now devotes his days to documenting Australia's wild places (and wild creatures) for magazines, books and his own website, wildtravelstory.com. 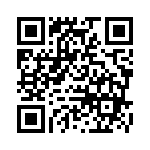