Ian Caldwell was Phi Beta Kappa in History at Princeton University. Dustin Thomason won the Hoopes Prize at Harvard University. The two have been best friends since they were eight years old.

Dustin Thomasonco-wrote the number one International and New York Timesbestseller, The Rule of Four. He earned his BA in Anthropology from Harvard College and his Medical Degree from Columbia University.

He has written and executive-produced the American television series The Evidence and Lie to Me. He lives and works in Los Angeles. 12-21is Dustin's first solo novel. 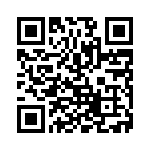