Marc Cameron is an American author, born in Texas. He worked in professional law enforcement for Twenty-nine years and has worked throughout North America. During that time, he served as a uniformed police officer, a mounted officer, and detective. He went on to serve in the U.S. Marshall Service. His roles included Deputy, Fugitive Task Force Commander, Supervisor Deputy, Senior Inspector, and Chief Deputy, his last role before retirement. He is the author of the Jericho Quinn Thriller series, and has written short stories that appeared in The Saturday Evening Post and Boy's Life magazine. In 2016, he was chosen to continue the Tom Clancy Jack Ryan/Campus Thriller series, which includes Tom Clancy Power and Empire. 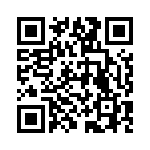