Trudi Canavan was born on October 23, 1969. She is an Australian writer of fantasy novels. In 1995 Canavan started The Telltale Art, a freelance business specialising on graphical design services. In that same year she began working for Aurealis, a magazine of Australian Fantasy and Science Fiction. In 1999, Canavan's writing career took off when she won the Aurealis Award for Best Fantasy Short Story with Whispers of the Mist Children. In 2001, she further established herself with The Magicians' Guild, centring around Sonea, a slum child who is hunted for her rogue magic. The novel was the first of three books of The Black Magician Trilogy. It brought her wide acclaim. The second book of the trilogy is The Novice and the third book is The High Lord, which was nominated for the Best Novel Ditmar category. Canavan's also penned her second trilogy , Age of the Five and a third trilogy The Traitor Spy Trilogy. In 2015 her title Thief's Magic won a Ditmar Award in the Best Novel category. 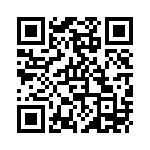