Angela Gilltrap is an award-winning performer, writer, photographer and TV presenter. She has appeared regularly on ABC Radio, ABC TV and various other commercial channels. She works as a freelance writer for various Australian and American magazines following celebrities and charting popular culture. Angela has also worked extensively in the entertainment industry as an accomplished singer, dancer and actor. 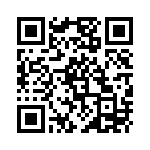