Gerard Whateley began his career in journalism with the Herald Sun. Synonymous with the ABC for more than a decade, he spearheads the Melbourne end of Grandstand Sport. Fast becoming an institution on radio he has a commanding presence on television opposite Barrie Cassidy on ABC1's flagship sport program Offsiders in addition to hosting the nightly program on Fox Footy AFL360. He has called 18 of Black Caviar's 25 wins. 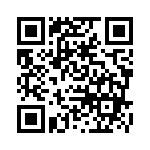