If you thought you family was messed up, read about the author's. 'I was having adventures and misadventures, and both were probably the product of negotiating and adolescence unencumbered by ... Read full review

Having followed Richard Glover's columns in the SMH for many years and listened to him on the ABC, I felt that I really knew Richard and his family. His new book Flesh Wounds reveals that he himself ... Read full review

Richard Glover is an Australian talk radio presenter, journalist and author. He was born in Australia, but spent some of his early life in Papua New Guinea. He graduated from the University of Sydney with a Bachelor of Arts degree. He has written 13 books, including the humour book Desperate Husbands, which was a bestseller in Australia. Glover presents the radio show Drive on ABC Sydney. Glover's writing for the stage includes Lonestar Lemon, which has toured nationally with Genevieve Lemon, and A Christmas Story, which premiered at the Sydney Opera House Drama Theatre in 1998. Glover is also a journalist for the Sydney Morning Herald. His weekly humour column has appeared in the Sydney Morning Herald since 1985. His titles include The Joke Trap, The Mud House: Four Friends, One Block of Land, No Power Tools, George Clooney's Haircut and Other Cries for Help, and Why Men are Necessary and Other News from Nowhere. His title Flesh Wounds made the Indie Awards 2016 shortlists in the Nonfiction category. 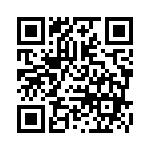