In the Acknowledgements at the end of this novel, Robotham, after reminding us he has been publishing crime fiction for twenty years, talks about what keeps him writing. With each subsequent novel, I ... Read full review

Before becoming a novelist, Michael Robotham was an investigative journalist working across America, Australia and Britain, and with clinical and forensic psychologists as they helped police investigate complex, psychologically driven crimes. Michael's 2004 debut thriller, The Suspect, which sold more than 1 million copies around the world, is being adapted for television. It is the first of nine novels featuring beloved Joe O'Loughlin. Lying Beside You is the third book in his newest series featuring forensic psychologist Cyrus Haven, following Good Girl, Bad Girl and When She Was Good. Michael is the only Australian to win the UK's prestigious Gold Dagger Award twice - for Good Girl, Bad Girl and Life or Death. When She Was Good won the 2021 Ian Fleming Steel Dagger Award and Good Girl, Bad Girl was shortlisted for the 2020 Edgar Award for Best Novel. In 2020, The Secrets She Keeps was adapted for television. His latest book, When You Are Mine, was an international bestseller. He lives in Sydney. 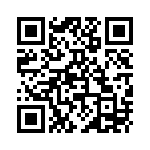