Neil Gaiman is the best-selling author of many multi-award winning books for both adults and children. Coraline is currently being made in to a film, with release scheduled for Autumn 2008. Stardust the movie based on Neil's best selling graphic novel series releases in the autumn of 2007. Neil lives in America and travels the world extensively promoting his books.
P. Craig Russell has produced comic books, illustrations and graphic novels for thirty-five years. Coraline is his fifth collaboration with Neil Gaiman. 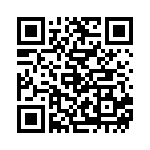