Michael Connelly was born in Philadelphia, Pennsylvania on July 21, 1956. He graduated from the University of Florida in 1980 where he majored in journalism and minored in creative writing. After graduation, he worked at newspapers in Daytona Beach and Fort Lauderdale, Florida, specializing in the crime beat. In 1986, he interviewed survivors of a plane crash with two other reporters and the magazine story subsequently written on the crash was on the short list for the Pulitzer Prize for feature writing. This story led to a job as a crime reporter for the Los Angeles Times. After three years there, he began writing his first novel. His first novel, The Black Echo, was published in 1992 and won the Edgar Award for best first novel. He is the author of the Harry Bosch series, the Jack McEvoy series, and the Mickey Haller series. He has won numerous awards including the Anthony Award, Macavity Award, Shamus Award, Dilys Award, Nero Award, Barry Award, Ridley Award, Maltese Falcon Award (Japan), .38 Caliber Award (France), Grand Prix Award (France), Premio Bancarella Award (Italy), and the Pepe Carvalho Award (Spain). 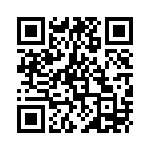