A rich, complex desert setting. Not the typical European-like fantasy setting. The Twelve Kings have ruled in Sharakhai with an iron fist for many years, having made some compact with the gods that ... Read full review

Wow. I was utterly blown away by this fantasy novel. It felt completely unique, wholly realized, and epic in scope. Everything you would want a new fantasy series to be. Beaulieu writes masterfully ... Read full review

Bradley P. Beaulieu fell in love with fantasy from the moment he began reading The Hobbit in third grade. While Bradley earned a degree in computer science and engineering and worked in the information technology field for years, he could never quite shake his desire to explore other worlds. He began writing his first fantasy novel in college. It was a book he later trunked, but it was a start, a thing that proved how much he enjoyed the creation of stories. It made him want to write more. He went on to write The Lays of Anuskaya series as well as The Song of Shattered Sands series. He has published work in the Realms of Fantasy Magazine, Orson Scott Card's Intergalactic Medicine Show, Writers of the Future 20, and several anthologies. He has won the L. Ron Hubbard Writers of the Future Award and earned a Gemmell Morningstar Award nomination. Learn more about Bradley by visiting his website, quillings.com, or on Twitter at @bbeaulieu. 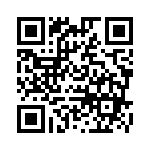