Jean M. Humez is a professor emerita of women’s studies at the University of Massachusetts, Boston, where she has taught courses in both women’s studies and American studies and chaired the women’s studies department. She designed and taught an undergraduate women and the media course early in her career, and came to collaborate with Gail Dines through her interest in media text analysis. She has also published books and articles on African American women’s spiritual and secular autobiographies, and on women and gender in Shaker religion. Her most recent book is Harriet Tubman: The Life and the Life Stories. 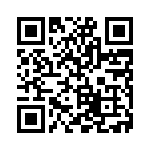