WILLIAM R. FORSTCHEN is the New York Times bestselling author of One Second After, among numerous other books in diverse subjects ranging from history to science fiction. He also collaborates on New York Times bestselling novels with New Gingrich. Forstchen holds a Ph.D. in history from Purdue University, with specializations in military history and the history of technology. He is currently a faculty fellow and professor of history at Montreat College, near Asheville, North Carolina. 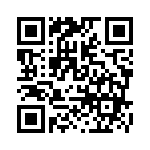