A new take on vampires coming out of the shadows is the premise of the story. Alex is heading up a new division of the FBI in Chicago to investigate murders that they believe are caused by shades ... Read full review

As a premise for a new urban fantasy series, I enjoyed this. You could tell a lot of thought went into this world and its version of vampires, and into how a law enforcement division policing them ... Read full review

Melissa F. Olson is the author of the Scarlett Bernard series of urban fantasy novels and the mystery The Big Keep.

She lives in Madison, WI, with her family and two comically oversized dogs. 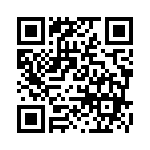