BURT SOLOMON is a contributing editor at The Atlantic and the author of the acclaimed Where They Ain’t, a history of baseball in the 1890s. At National Journal, where he covered the White House and other aspects of Washington life, he was awarded the Gerald R. Ford Prize for Distinguished Reporting on the Presidency. 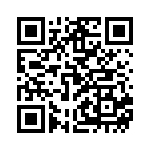