In an England whose empire is sustained by magic, those with magical talents have to use them for the Crown no matter what, and can’t marry. Charlotte, an illustrator who loves her fiance, thus is ... Read full review

This is a fun fantasy/gaslamp novella that I read in one sitting. As an aside, I don't know if writing a series in novella format is a trend now or if I just happen to be reading them all recently. I ... Read full review

Emma is a professional audio book narrator and also co-writes and hosts the Hugo-nominated podcast ‘Tea and Jeopardy’ which involves tea, cake, mild peril and singing chickens. Her hobbies include dressmaking and role playing games. 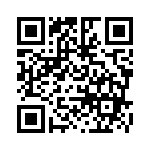