RUTHANNA EMRYS lives in a mysterious manor house on the outskirts of Washington, DC, with her wife and their large, strange family. She makes home-made vanilla, obsesses about game design, gives unsolicited advice, and occasionally attempts to save the world. Her stories have appeared in a number of venues, including Strange Horizons, Analog, and the Tor website. Winter Tide is her first novel.

A prolific freelance author and journalist, GUY HALEY is the author of Reality 36, the Warhammer 40,000 novels Valedor and Baneblade, among others. He lives in Yorkshire with his wife and son.

CASSANDRA KHAW writes a lot. Sometimes, she writes press releases and excited emails for Singaporean micropublisher Ysbryd Games. Sometimes, she writes for technology and video games outlets like Eurogamer, Ars Technica, The Verge, and Engadget. Mostly, though, she writes about the intersection between nightmares and truth, drawing inspiration from Southeast Asian mythology and stories from people she has met. She occasionally spends time in a Muay Thai gym punching people and pads.

SEANAN McGUIRE is the author of the October Daye urban fantasy series, the InCryptid series, and several other works, both standalone and in trilogies. She also writes darker fiction as Mira Grant.

Seanan lives in a creaky old farmhouse in Northern California, which she shares with her cats, a vast collection of creepy dolls, and horror movies, and sufficient books to qualify her as a fire hazard.

She was the winner of the 2010 John W. Campbell Award for Best New Writer, and in 2013 she became the first person ever to appear five times on the same Hugo ballot.

NNEDI OKORAFOR was born in the United States to two Igbo (Nigerian) immigrant parents. She holds a PhD in English and is an associate professor of creative writing, currently teaching at the University at Buffalo. Her first novel written for the adult market, Who Fears Death, won the World Fantasy Award for Best Novel. She has been the winner of many more awards for her short stories and young adult books, including the Wole Soyinka Africa Prize for Literature, the Macmillan Writer's Prize for Africa, the Carl Brandon Parallax Award, the Black Excellence Award for Outstanding Achievement in Literature, the Margin: Exploring Modern Magical Realism Short Story Contest, and the Strange Horizons Readers Choice Award for Nonfiction. She has also been a finalist for the Essence Magazine Literary Award, Tiptree Award, a British Science Fiction Association Award (Best Novel) and the Theodore Sturgeon Award. She was also a nominee for the NAACP Imagine Award, among others. Nnedi's books are inspired by her Nigerian heritage and her many trips there. Nnedi lives in Illinois with her daughter Anyaugo and family.

MALKA OLDER is a writer, humanitarian worker, and PhD candidate at the Centre de Sociologie des Organisations studying governance and disasters. Named Senior Fellow for Technology and Risk at the Carnegie Council for Ethics in International Affairs for 2015, she has more than eight years of experience in humanitarian aid and development, and has responded to complex emergencies and natural disasters in Uganda, Darfur, Indonesia, Japan, and Mali. Infomocracy is her first novel.

MELISSA F. OLSON is the author of the Scarlett Bernard series of urban fantasy novels for Amazon's 47North and the mystery The Big Keep.

She lives in Madison, WI, with her family and two comically oversized dogs.

KAI ASHANTE WILSON's debut novel The Sorcerer of the Wildeeps won the 2016 Crawford Award . His stories "Super Bass" and the Nebula-nominated "The Devil in America" can be read online gratis at Tor.com. His story «Légendaire.» can be read in the anthology Stories for Chip, which celebrates the legacy of science fiction grandmaster Samuel Delany. Kai Ashante Wilson lives in New York City.

VICTOR LaVALLE is the author of the short story collection Slapboxing with Jesus, three novels, The Ecstatic, Big Machine, and The Devil in Silver, and an ebook-only novella, Lucretia and the Kroons.

He has been the recipient of numerous awards including a Whiting Writers' Award, a United States Artists Ford Fellowship, a Guggenheim Fellowship and the key to Southeast Queens.

He was raised in Queens, New York. He now lives in Washington Heights with his wife and son. He teaches at Columbia University.

Author of the critically-acclaimed Low Town series, DANIEL POLANSKY was born in Baltimore in 1984. He was living in Brooklyn when he wrote this, but by the time you read it he might be somewhere else.

ADRIAN TCHAIKOVSKY is the author of the acclaimed Shadows of the Apt fantasy series and the epic science fiction blockbuster Children of Time. He has been nominated for the David Gemmell Legend Award and a British Fantasy Society Award. In civilian life he is a lawyer, gamer and amateur entomologist.

MATT WALLACE is the author of The Next Fix, The Failed Cities, and the novella series, Slingers. He's also penned over one hundred short stories, some of which have won awards and been nominated for others, in addition to writing for film and television. In his youth he traveled the world as a professional wrestler and unarmed combat and self-defense instructor before retiring to write full-time. He now resides in Los Angeles with the love of his life and inspiration for Sin du Jour's resident pastry chef.

Matt-Wallace.com is where he hangs out online. 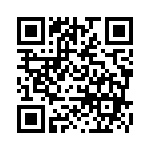