The Martian Queen has been mothballed for a long time and a few people see this a gold mine waiting to be plundered. But all is not right with the ship that Saga has been hired to raid. Her boss knows ... Read full review

A crew of hackers are engaged to hijack an abandoned star ship and things go sideways. The plot is basically the sf version of almost every horror movie, but the authors tell the story very well and the ending is surprisingly thoughtful. Read full review

ANDREW NEIL GRAY and J. S. HERBISON are partners in life as well as in writing. The Ghost Line is their first fiction collaboration, but won’t be their last. They have also collaborated in the creation of two humans and preside over a small empire of chickens, raspberries and dandelions on Canada’s West Coast. 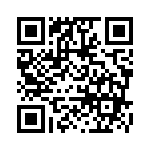