It's gotten to the point that when I see a Tor novella at the library, I check it out pretty much automatically. But I was extra intrigued by this one, because Native American speculative fiction isn ... Read full review

A boy finds that if he stays awake til the early morning, he sometimes spots his long dead father walking through the family home. Rather than frightening him, the sightings spark questions for the ... Read full review

STEPHEN GRAHAM JONES was raised as pretty much the only Blackfeet in West Texas—except for his dad and grandma and aunts and uncles and cousins. He now lives in Boulder, Colorado with his wife, a couple kids, and too many old trucks. Between West Texas and now, he's had more than fifteen novels and several story collections published, including, from William Morrow, the werewolf novel Mongrels. Stephen teaches in the MFA programs at CU Boulder and UCR-PD. 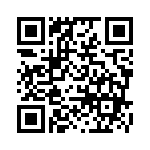