More serious and settled, I guess, than book one, but still a grand space adventure. Read full review

COREY J. WHITE is a writer of science-fiction, horror, and other, harder to define stories. They studied writing at Griffith University on the Gold Coast, and are now based in Melbourne, Australia. They are the author of the Voidwitch Saga, which includes Killing Gravity and Void Black Shadow. Find them at coreyjwhite.com, or on twitter at @cjwhite. 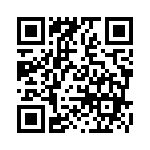